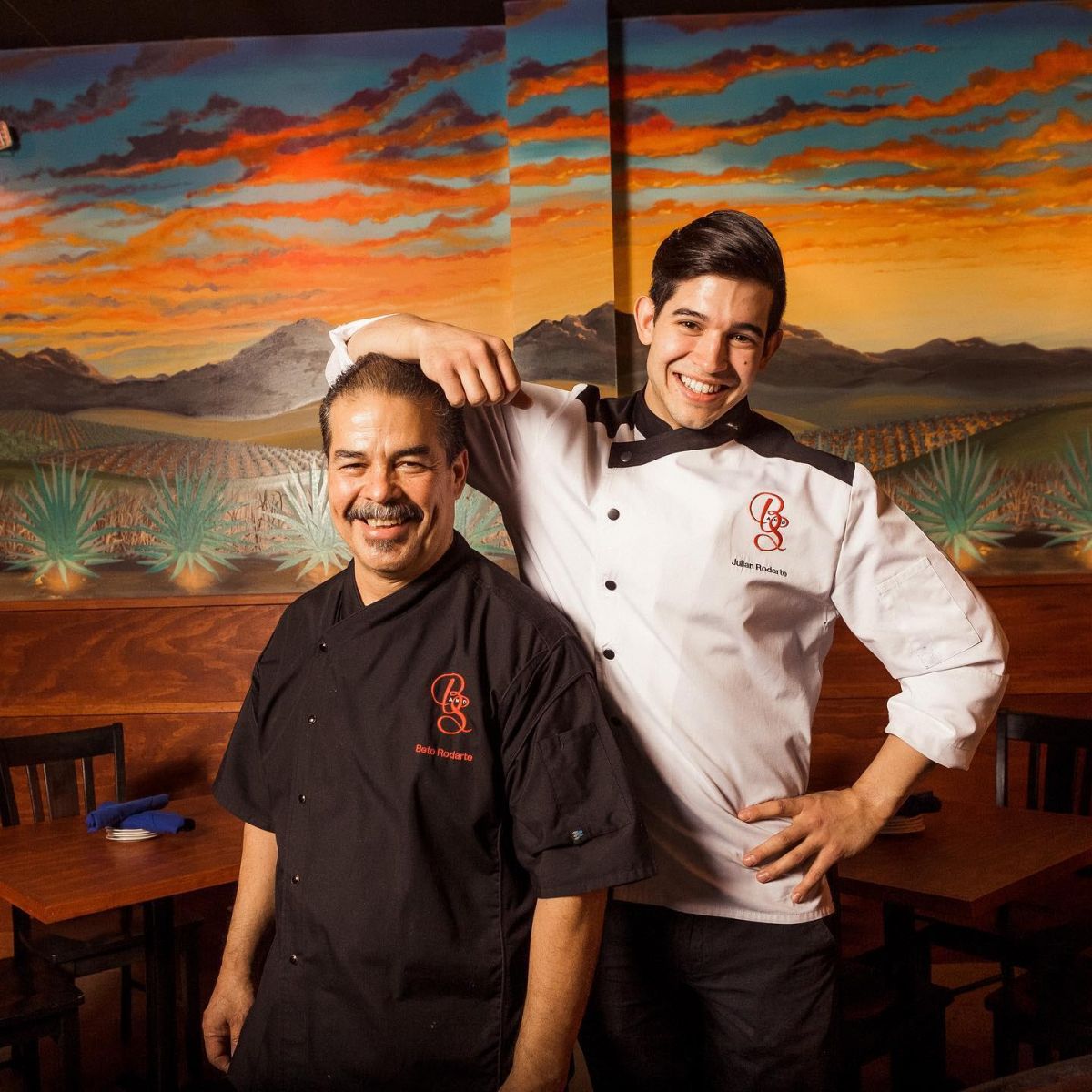 Beto grew up on a farm with his grandparents in Durango, Mexico. His grandmother introduced him to the many flavors and cuisines of Mexico, using the animals and produce from their own farm that Beto helped work and harvest. This is what inspired Beto to seek out the culinary world and eventually attend the Culinary Institute of America in Hyde Park, New York. After graduating Phil Romano found Beto working at a Hilton International country club in California. Together they started the restaurant chain Cozymel's, which won National Restaurant Association’s "Hot Concept of the Year award" in 1994. When Brinker bought Cozymel's, they brought Beto on to be Corporate Innovation Chef where he helped develope and evolve other concepts such as On The Border and Chili's. After years with Brinker International and watching his son develop a passion for his own style of food, Beto decided to join forces again with Phil Romano and the team at Trinity Groves to open a new generation Mexican restaurant unlike any other in Dallas.

He was raised in the kitchen glued to his father’s hip. Father and son spent all their time together cooking or planning their next culinary inspired meal. As soon as Julian was old enough, he told his father he wanted to start developing his culinary skills on the line of his father’s taqueria. Beto handed his son an apron and said you can start in the dish pit hoping to discourage any desire for Julian to be enticed into the restaurant industry. But Julian’s passion for food was irresistible. Julian has since graduated from the Culinary Institute of America and worked for the Ritz-Carlton, Dean Fearing, Denny's as a Corporate Chef working on Research and Development and was most recently a Culinologist for a food manufacturer developing new items for national chain brands like Pei Wei, Panera Bread, Chili's, and many similar restaurant chains. Together Beto and Julian hope to create a craving not just for Mexican food, but for the live chef-to-table experience offered at Beto & Son’s restaurant for the next generation.